Concrete polarizes opinion, provoking strong feelings of disapproval in some, while being appreciated as a highly versatile and robust building material by architects and civil engineers. The debate about concrete has long since moved beyond the purely aesthetic, however, to focus on the environmental impact of its production process. 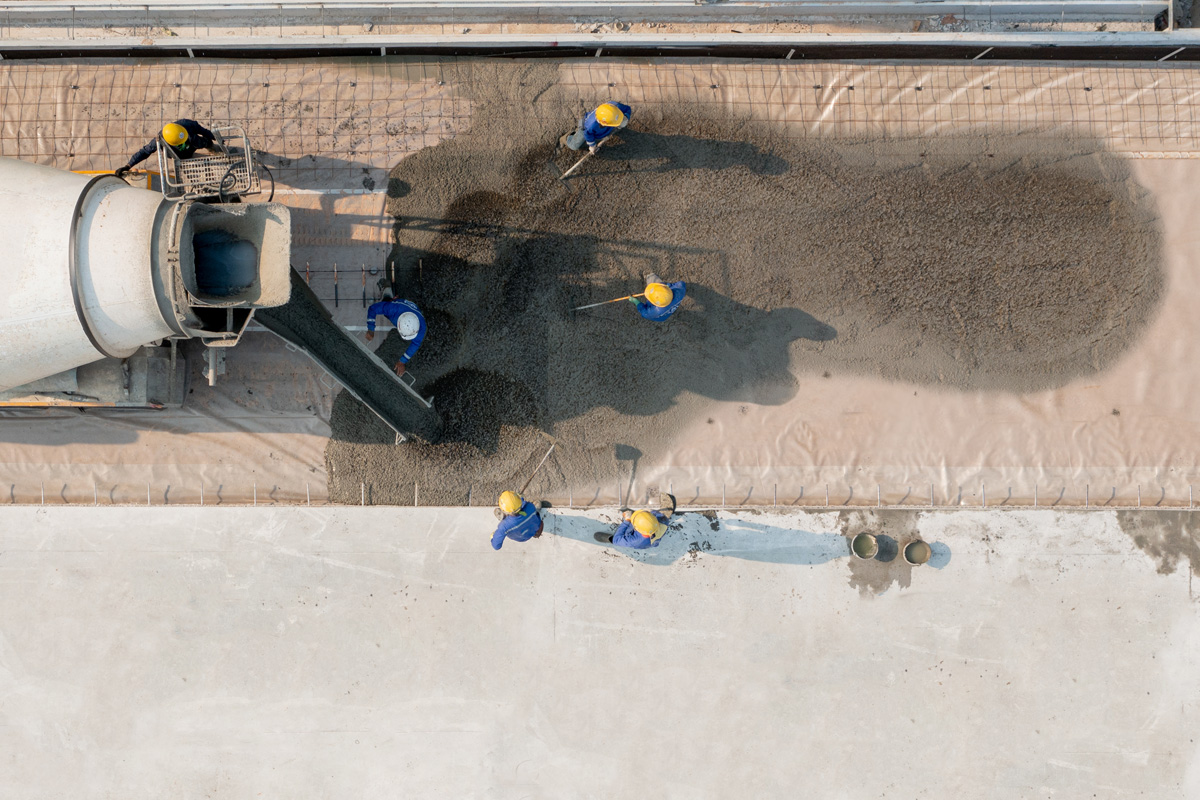 Most people associate concrete with modernity – hardly any new building or infrastructure project can do without it these days. But histories of concrete trace its origins back to the ancient Romans who used a particularly robust form of concrete for their large-scale constructions. Even the neo-baroque façade of the Staatsbibliothek Unter den Linden in Berlin conceals an innovative concrete base: in 1907, the dome was assembled from precast elements in just 53 working days.

In the early 20th century, concrete was by no means a cheap building material, so resource-efficiency was a key aspect in the construction and production of precast elements. It was not until after World War II that concrete became so ubiquitous that it inspired emotionally charged expressions such as “concrete jungle”, establishing “concrete” and “nature” as polar opposites. This only deepened when the greenhouse effect emerged as a key environmental concern, because with cement as one of its main ingredients, the production of concrete consumes a lot of energy and generates substantial CO2 emissions.

In addition, the conventional production of precast concrete elements is highly wasteful. Concrete is a casting material, so elaborate formwork is required to give the material its desired shape. This makes designs which could reduce the amount of concrete needed, such as custom or hollow-core elements, technically difficult or economically unsound. Moreover, the casting process often relies on disposable formwork, which ends up in landfill after a single use.

Material savings, then, are best achieved with optimized, free-form concrete elements. This is the key idea behind the Robotic Shotcrete Printing process used by our Concrete Aeditor, where industrial robots “print” concrete only in places where it is structurally or functionally necessary. This way, it is possible to print customized, material-optimized bridge parts for example, without having to produce any formwork for the purpose.

With the development of more environmentally friendly production and construction methods, innovative formulations and recycling, researchers and engineers around the world are trying to make this flexible, durable and versatile building material fit for the 21st century. And in this respect at least, concrete retains its progressive nature, promising things that are novel, revolutionary and surprising.

As part of the “Construction Startup Radar” interview series, Alexander Türk talks to strategy consultancy Roland Berger about his experience as the CEO of a technology start-up, innovation drivers and digital trends as well as the specific challenges of a very traditional industry.

The Concrete Aeditor – ready and raring to go

Concrete polarizes opinion, provoking strong feelings of disapproval in some, while being appreciated as a highly versatile and robust building material by architects and civil engineers. The debate about concrete has long since moved beyond the purely aesthetic, however, to focus on the environmental impact of its production process.